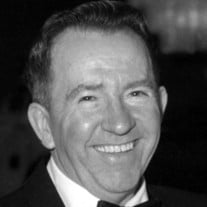 Wayne Hill was born at his family’s farm on September 6, 1927 to George Ring and Mima Ann Piatt Hill in Washington Township, Monroe County, Ohio. He grew up with his brothers, Wiley and Wilferd, who have preceded Wayne’s journey home to be with his Lord & Savior. Wayne attended Graysville High School before studying at Coyne Electrical Trade School in Chicago, Illinois. Wayne worked as an electrician for the Buckeye Pipeline for a decade. During that time he was proud to wire many of his friends’ and family’s homes. He retired in 1989 after working at Kent State University as Supervisor of Electricity and Plumbing. In January 1951, Wayne was drafted into the U.S. Army (US ARAL 196 RCT) and served during the Korean War while stationed in Alaska. He was honorably discharged in December of 1952. During his service, Wayne was an avid pen pal with Maxine Knight, whom he married on August 31, 1957. Maxine will warmly remember their marriage of 63-years. They lived in Mantua, Ohio for 30 years and then moved to Eustis, Florida in 1993. He and Maxine travelled to all 50 states and Canada. Alaska was one of their favorite states. Wayne was a member of the Eustis Orange Avenue Church of Christ (FL) and attended Ravenna Church of Christ (OH). He was an avid reader and a self-educated professor of life. He always practiced repairing before replacing, and was a firm believer that you should learn something new every day. Wayne passed peacefully with his family at his side, in Tavares, on March 6, 2021. Wayne is survived, and will be remembered lovingly by, his wife, Maxine; son, Darrell (Joan) of Sorrento, FL; granddaughters, Dr. Kelly (Kurt) Rosenhauer of Tucker, GA.; and Melissa (Steve Wasp) Hill of Gainesville, FL. Per Wayne’s wishes, his body has been donated to the University of Florida Medical College for research. A private family service will be held at Darrell’s home. An online guestbook is available at www.hardenpauli.com . Donations can be made by check to either Cornerstone Hospice (2445 Lane Park Road, Tavares, FL 32778) or to Mount Dora Christian Academy (301 W 13th Ave, Mt. Dora, FL 32757) both “in Memory of Wayne Hill.”

Wayne Hill was born at his family&#8217;s farm on September 6, 1927 to George Ring and Mima Ann Piatt Hill in Washington Township, Monroe County, Ohio. He grew up with his brothers, Wiley and Wilferd, who have preceded Wayne&#8217;s journey... View Obituary & Service Information

The family of Wayne Hill created this Life Tributes page to make it easy to share your memories.

Send flowers to the Hill family.