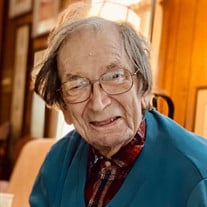 Ronald James Fowler’s story came to a close on the morning of Monday, August 16, 2021 at his home in Christmas, FL. He was 88 years old. Ron was a gentle spirit, keen listener, and trusted guidepost for countless people on his journey. Ron was a child chosen by love. He was born in Daytona Beach, FL on February 5, 1933 and raised in Orlando, FL by Clarence Benton Fowler and Bessie Keene Fowler who taught him that love is a choice and to treat everyone with kindness, no matter their differences. This foundational lesson of unconditional love was his life’s compass and his enduring legacy left to all who knew him. He spent his childhood roaming the orange groves of Dr. P. Phillips in Central Florida where his father was a grove manager. As a teenager, Ron found his love of the silver screen while working as an usher at the old Beacham movie theatre in downtown Orlando. He particularly enjoyed musicals and took great joy in the dances of Gene Kelly and songs of Judy Garland all his life. It was to the movies that he accompanied Helen McCall on their first date. Ron and Helen were married in 1955 and were inseparable souls throughout their 66 year marriage. By the time Ron graduated from Orlando High School in 1951, he was enamored with the idea of flying planes, though it would take him another decade or so to find his way into a cockpit. He went on to major in business administration at the University of Florida where he graduated in 1955. He quickly went into the insurance business, but he never lost his yearning to fly. By the mid-1960s he had left his insurance company to become a private pilot and dedicated flight instructor where he discovered his deep love and keen talent for teaching. Ron took great joy in teaching many women to become pilots at a time when females were discouraged from flying. He spent the rest of his career leaning into his love of flight and sky while instilling that same passion in his students. Throughout the 1970s, Ron was instrumental in an Audubon Society survey, flying countless flights over the wilds of Florida to study Bald Eagles in an effort to help preserve the then endangered species. He and Doris Mager, the legendary activist and force of nature known as “The Eagle Lady,” flew over the treetops to count nests, eggs, and chicks from one tip of Florida to the other. It took a skilled pilot to complete these missions, flying low while tipped at an angle so Doris could see into the nests. Ron was incredibly proud of his efforts to help save our national bird. After returning from one long day of flying with Doris, Ron proclaimed, “I’d like to see the young pilots try that!” Ron authored several books on flight instruction, which are now fundamental texts in the industry. His book, Flying the Commercial Flight Test, contributed to the FAA’s revision of the standardized flight test for commercial pilots. He quite literally wrote the book on takeoffs and landings for small aircrafts, a staple for all small engine pilots to this day. He was also a prolific writer for aviation magazines and publications throughout his writing career. Ron considered writing “an extension of teaching” and was a self-proclaimed “compulsive teacher.” He spent the latter part of his career teaching aviation and writing at Valencia College. A friend described Ron as “a champion at helping others find their confidence and actualizing their potential.” Ron’s greatest legacy is found in the generations he leaves behind. To his grandchildren he was simply known as PawPaw. They describe him collectively as “the most caring individual in the world,” a trusted mentor, a tremendous listener, and “equal parts Atticus Finch and Mr. Rogers.” He made children feel valued and seen. He gave the children in his life the invaluable example of what unconditional love looks like and sounds like. He had a touch of magic in him, a twinkle in his eyes, and a keen wit. Ron is survived by his wife, Helen Fowler, Christmas, FL; daughter, Karen Fowler Whittlesey, Oviedo, FL; son, James Benton Fowler, Orlando, FL; six grandchildren, Clancy Hewitt, C.B. Hewitt, Lindsay Garner Hostetler, Ashley Garner Dringo, Kaley Garner Lukas, James Dalton Fowler; and five great-grandchildren, Ethan Parker, Sarah Ellen, Charlotte Helen, Amelia June, and Caden James. He was preceded in death by his daughter, Betsy Ellen Fowler Hewitt. A private celebration of Ron’s life will be held on Saturday, August, 21, 2021. In lieu of flowers, memorial donations may be made to the Audubon Center for Birds of Prey (cbop.audubon.org). An Online Guestbook is available at www.hardenpauli.com, and the arrangements are made by Harden/Pauli Funeral Home, Eustis.

Ronald James Fowler&#8217;s story came to a close on the morning of Monday, August 16, 2021 at his home in Christmas, FL. He was 88 years old. Ron was a gentle spirit, keen listener, and trusted guidepost for countless people on his journey. Ron... View Obituary & Service Information

The family of Ronald James Fowler created this Life Tributes page to make it easy to share your memories.

Ronald James Fowler’s story came to a close on the morning of...

Send flowers to the Fowler family.