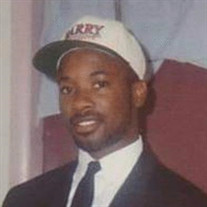 Ronald Alexander, 50, of Tavares, passed away Thursday, September 23, 2021. Born in Chicago, Illinois, he moved to Tavares in 2016 from Indianapolis, Indiana. He worked as an Accountant. Ronald was a member of Phi Beta Sigma Fraternity and was... View Obituary & Service Information

The family of Ronald Alexander created this Life Tributes page to make it easy to share your memories.

Send flowers to the Alexander family.