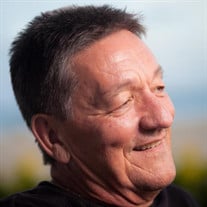 Robert Lee Beightol, 73, of Mount Dora, Florida, passed away Thursday, December 30, 2021. Robert (Bob) was born on October 12, 1948 in Oil City, Pennsylvania, the son of the late Robert Earl Beightol and Helen Margie (Moody) Beightol. He graduated from Pleasantville High School in 1966. Bob entered military service in 1969 as a Green Beret and served in the 7th Special Forces Group as a weapons specialist. Bob was a US Army Veteran, serving in Vietnam from 1972 – 1973. Bob was awarded the Bronze Star Medal, the Army Commendation Medal, a 4 Oak Leaf Cluster, among other awards, as a result of his service. Bob had a 20-year career in the US Army, serving in the Criminal Investigation Division, attended DEA Special Agent training in Washington D.C., and eventually retired as a Chief Warrant Officer Four in the US Army. While serving as a special agent in CID, Bob lead multiple offices around the world, worked with foreign police organizations, and performed special operations, to include providing Secret Service detail globally for the Secretary of Defense, Casper Weinberger, during his term. After retirement from the US Army, Bob spent many years as a private investigator specializing in insurance fraud investigations. He moved to Mount Dora in 2011 from Pensacola, Florida with his wife, Pam, of 52 years, to be closer to his daughter and her family. In later years, as a dedicated Veteran, Bob spent his time serving others in his community as a member of the Lake-Sumter Chapter of the Sons of the American Revolution by representing the SAR through ROTC Programs, patriotic community service and was recognized nationally for writing award winning newsletters as the Secretary of this SAR chapter. Bob was also a prideful member of the American Legion of Mount Dora and the BPOE of Tavares, Florida. Patriotism and love of country were important to Bob, second only to his family. In his spare time, if he wasn’t with his grandchildren, Bob enjoyed golf, home improvement projects, puzzles, researching family genealogy and preserving history, engaging in a good debate, and dancing with Pam. Bob is predeceased by his parents, Robert and Margie Beightol and brother, Gregory Beightol. He is survived by his wife, Pamela Joyce (Rumbaugh) Beightol of Mount Dora, FL; daughter, Teresa Leslie Beightol McCook and husband Ian of Maitland, FL; grandchildren, Carlee Savannah and Eric Robert McCook; sisters, Leslie Corpuz of Honolulu, HI, Kim Westcoat of Stafford, VA, and Traci Smedley of Titusville, PA. Memorial services will be held at a later date. Memorial donations may be made to Tunnel to Towers, to assist families of military, police and firefighters killed in the line of duty. Online Guestbook available at www.hardenpauli.com. Arrangements by Harden/Pauli Funeral Home, Eustis.

The family of Robert Lee Beightol created this Life Tributes page to make it easy to share your memories.

Send flowers to the Beightol family.