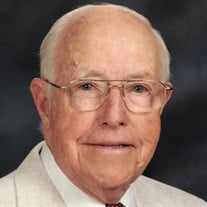 Robert Elmer (“Bob”) Barde, Colonel USMC (ret) March 3, 1925 to March 7, 2022 Bob AKA Dad was the son of Major Elmer Eric Barde and Beatrice House Barde, born in Haiti, where his father was part of the Marine occupation force. He was joined in the household by his younger sister, Beatrice “Bea” (Joe Shaver.) Later, he became a Marine himself and rose to the rank of Colonel. He was always proud of his service in the Corps, wearing that pride on his sleeve and on his cap-and even on his running shorts. He was a cadet at Virginia Polytechnic, then at Cornell in the Navy/Marines V-12 program, which led to his commission as a 2nd lieutenant in the Marine Corps during World War II . He married his first wife, Cynthia Grant, in 1946. Together they had three sons. Robert Eric (Bobby) was born while the family was stationed in Yokosuka, Japan. Sons Christopher John and Donald Allan were born at Camp Lejeune, North Carolina. During Dad’s Marine Corps career he was head of the Naval ROTC program at Cornell. He served as Aid to the Chief of Staff of the Marine Corps before taking command of a battalion in Okinawa. He then spent three years at the U.S. forces headquarters in Europe. His final major assignment was as a Colonel with Marine forces in Vietnam. He retired after 28 years of service. Dad was an expert marksman and wrote the definitive “History of Marine Corps Competitive Marksmanship.” He completed his Ph.D in American history under Gordon Prange (author of “Tora! Tora! Tora!) with a dissertation on “The Battle of Midway: A Study in Command.” What followed was a career in academic administration: Dean of Admissions at Marietta (Ohio) College, then Dean at Mohawk Valley Community College (Utica NY) and finally Dean of Faculty at Manchester (Connecticut) Community College. He also taught accounting for many years. Dad enjoyed golf and bridge. He became a bridge Life Master and taught bridge classes on cruise ships as he sailed around the world. Later in life he took up playing the electric organ. He was divorced twice and widowed once (Helen.) He found the love of his life in Patricia “Tish” Pedigo who he married in 2009. They were happy together in their home at Waterman Village, Mt. Dora, Florida. Dad is survived by Tish, his sons Bobby (Dawn) and Chris (Susan) (their younger brother, Don (Lorraine), died in 1983) and by four grandchildren (Jay, Rachel, Christian and Andrew) and six great granddaughters. He is predeceased by sister, Bea. Dad will be buried in Arlington National Cemetery, near his father and mother. In lieu, of flowers, please make a donation in Dad’s honor to the Navy-Marine Corps Relief Society at nmcrs.org OR because Bob loved his dogs and cats, the South Lake Animal League at theanimalleague.org Online Guestbook available at www.hardenpauli.com Arrangements by Harden/Pauli Funeral Home, Eustis.

The family of Robert Elmer "Bob" Barde created this Life Tributes page to make it easy to share your memories.

Send flowers to the Barde family.