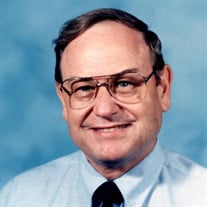 Richard Arlen McKibbin, 82, of Eustis, Florida, passed away peacefully at his home of 50 years on Saturday, March 12, 2022. Born in Goshen, Indiana, he graduated in the Class of 58 from Goshen High School, where he made lifelong friends. Here he also started dating Geraldine "Jeri" Swinehart, who became his loving wife of nearly 60 years. After high school, he spent two years at Indiana State Teachers College in Terrae Haute, Indiana, but graduated from Ball State Teachers College, Muncie, Indiana in 1962. He married Jeri after graduation and then went to Officer Candidate School in Newport, Rhode Island, where he was commissioned as a Naval Officer and served for 10 years. While stationed in Hawaii, son, Mark, was born in 1964 and daughter, Kristin, in 1967. The family moved to Eustis in 1972, where he taught at Mount Dora Middle School from 1972 - 1976. "Kib" then taught American History at Eustis High School from 1976 - 2000, where many students have kept in touch over the years. Richard was most proud of serving in the Navy and enjoyed being called "LT" in later years. Both Mark and Kristin followed in his footsteps, with Mark retiring as a Chief from the submarine service in 2019. Kristin served 13 years, including in Kuwait, and they joked that she "outranked" him as a Lieutenant Commander. He was an avid fan of the Fighting Irish of Notre Dame football team. Richard is predeceased by his parents, Arthur and Virginia McKibbin, and sister, Janet Randolph. He is survived by his wife, Geraldine "Jeri" McKibbin of Eustis, FL, son, Mark McKibbin of Eustis, FL, daughter, Kristin (Tom) Klecan of San Diego, CA, beloved brothers, Charles (Andrea) McKibbin of Cave Creek, AZ, and Edward (Kim) McKibbin of Elkhart, IN, and nieces, nephews, and cherished life long friends. Memorial donations may be made to Cornerstone Hospice. Online Guestbook available at www.hardenpauli.com Arrangements by Harden/Pauli Funeral Home, Eustis.

Richard Arlen McKibbin, 82, of Eustis, Florida, passed away peacefully at his home of 50 years on Saturday, March 12, 2022. Born in Goshen, Indiana, he graduated in the Class of 58 from Goshen High School, where he made lifelong friends. Here... View Obituary & Service Information

The family of Richard Arlen McKibbin created this Life Tributes page to make it easy to share your memories.

Send flowers to the McKibbin family.