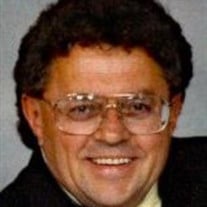 Lester Floyd (Smitty) Smith 78, of Mount Dora, Florida born September 5, 1942 in Exeter, Missouri, shed his earthly garment and returned to his heavenly home, June 16, 2021. He is survived by his wife Mary Ann Vylonis Smith of the home and his sons Mark Smith (Martha), Greg Smith (Amy) and John Smith (Brenda) and Georgia Kay Smith (mother of his sons), all of which live in the Joplin, Missouri four states area. He is also survived by his grandchildren: Eliza (Parker), Mary, Rocky, Colton (Celia), Kyuss, Alyssa, Austyn and Kynsey. He has four great grandchildren and one great great granddaughter, a twin brother Chester Lloyd Smith of Joplin and numerous nieces, nephews and extended family and friends. They were his treasures. His bonus kids include Michael Vylonis, Jeff Vylonis, and Mindy Vylonis Steinberg (Eric) and their families, who knew him and loved him as Smittydaddy and Grampy. Smitty's robust personality and heart were so big and his love so intoxicating that he managed to make his friends and their families feel as if they were indeed his family too. It didn't matter where you were from, what you did for a living, what nationality you were, rich or poor, favored or not, he cast a big shadow and drew you into his world. He had an astonishing mind, he was a wordsmith, detailed, fun, a lover of jokes, he possessed a beautiful smile, was a wonderful dancer, an extraordinary father, husband and friend. Smitty learned how to maneuver this world to be a success, so he could care for his family and “share the wealth”. In short, he had a marvelous life, though sickness slowed him down in later years, it could not eradicate the blessed life he had lived. To God be the Glory!! Preceding him in death were his parents Earl F Smith and Lilly Maud (Painter) Smith and granddaughter Christina Farino. Life celebration services and cremation internment will be held at a later date. A few of Smitty's accomplishments include: Office Manager and later Vice President/Sales Manager of Joplin White Trucks. One of the leading heavy duty truck salesmen in the nation, in the 1970s, that earned him several national, regional and local awards. He designed the 1973 Joplin Centennial truck, a beautiful Freightliner cabover, depicting Joplin as the crossroads of America. The city of Joplin honored Smitty several times over the years, including a city proclamation designating June 2, 1990 as Floyd Smith Day. Floyd/Smitty was coach of the 1966 championship BB gun shooting team from Joplin, which captured first place in the Daisy-Jaycees International Championship. He was a founding trustee of Central Christian Center, formerly Central Assembly, under Pastors Mack and Jo Evans. He served as a Deacon for many years and was involved in several areas of ministry. One such ministry was captain of Bus #4, that took the gospel message too literally thousands of riders over the years. In later life, Smitty was a frequent contributor and historian on the “You Know You're From Joplin If“ facebook page and made thousands of entries to Find A Grave. A Life Well Lived…..See You Again

Lester Floyd (Smitty) Smith 78, of Mount Dora, Florida born September 5, 1942 in Exeter, Missouri, shed his earthly garment and returned to his heavenly home, June 16, 2021. He is survived by his wife Mary Ann Vylonis Smith of the home and... View Obituary & Service Information

The family of Lester "Smitty" Floyd Smith created this Life Tributes page to make it easy to share your memories.

Send flowers to the Smith family.