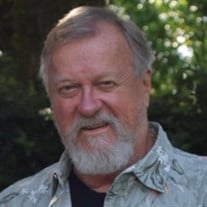 Jonathan Richard Lepisto, 74, of Mount Dora, Florida, passed away Friday, January 7, 2022, due to complications after heart surgery. Born in New Castle, Pennsylvania, to Carl Adam Lepisto and Elma Karki Lepisto on May 4, 1947, he attended Shenango High School and Grove City College before being drafted into the Army, serving in Vietnam. Jonathan eventually settled in New Castle, Colorado, and lived there for 40 years before moving to Florida in 2018 to be near family. Jonathan was a carpenter by trade prior to his retirement. He enjoyed woodworking, the outdoors, music, cooking, and spending time with family. Always a lively wit, he was also an avid sports fan, and especially enjoyed cheering for his favorite team, the Steelers. He is survived by his son Karsten (Maiko) Koch of Springfield, VA; daughters Carly (Billy) Quinlan of Burnaby, BC, and Lauren (Travis) Weiss of Mount Dora, FL; brother, David (Sue) Lepisto of Paducah, KY; sister, Karen Love of Charlottesville, VA; 5 grandchildren and numerous extended family and friends. Services will be held at a later date. Memorial donations may be made to a charity of your choice. Online Guestbook available at www.hardenpauli.com Arrangements by Harden/Pauli Funeral Home, Eustis, Florida.

The family of Jonathan Richard Lepisto created this Life Tributes page to make it easy to share your memories.

Send flowers to the Lepisto family.