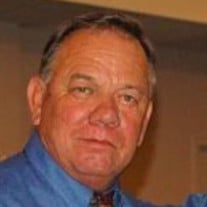 John “Chris” Lee reached Heaven’s Home Plate with his passing away on March 30, 2022. He was born to Donald and Eleanore Lee in Miami, Florida on January 16, 1949. His family moved to Central Florida in the late ‘50 where he graduated from Eustis High School in 1967. He was an avid high school athlete in basketball. He was a tremendous baseball fan, especially the Atlanta Braves and very involved in local Little League Baseball while raising his three sons and afterward to the benefit of many young athletes. Throughout his life, many of his players would refer to him as “Coach” a nametag he & his wife always relished. His coaching style was constructive through kindness and patience. Even after he retired from coaching, a great number of his previous players would seek his advice and counsel as they grew to be responsible men & women. Chris married his High School sweetheart, Maureen in 1969 and purchased a home in 1980. He started working for Florida Gas Corp, in 1968 as a meter reader and worked his way to an Asst. Systems Project Manager and was responsible for work in the Propane & Natural Gas Divisions. He developed major natural gas transmission systems to various locations such as Howey-in-the-Hills, etc. During the 1970’s there were many corporate changes driven by the economy and a national fuel crisis. Through the corporate mergers and reconstruction, Chris’ self-learned expertise & knowledge of the natural & propane gas infrastructure was respected and acknowledged by upper management moved to various assignments until his retirement. During his professional career. He was also very involved with his local community in the Joanna Shores Property Owners Association. During his time in this community, he held many Board positions and accomplished improvements the community such as working with Lake County to pave the clay roads and served many years as Treasurer for the Association. He was preceded in death by his parents Donald & Eleanor Lee, brother “Chip” Lee (Kathy) of Tallahassee, FL; Oldest son, John Maxwell “Max” Lee and youngest son, Mark Lee. He is survived by his wife Maureen Connolly Lee; Brothers; Donald Lee (Kathy), Palm Coast, FL.; Gary Lee (Pat), Forest City, FL.; Son; Ryan Lee (Angie), Eustis FL., Grandchildren; Gage Lee, USN, previously Eustis, FL., Camryn Lee; Britney Lee and Evan Lee, Eustis, FL. And a host of nieces and nephews. Heaven’s gate will swing wide to receive such a generous and community-minded individual. The world has greatly benefited from his presence and existence. In lieu of flowers, memorial donations may be made, in Chris Lee’s name to the Eustis High School Athletic Department. Online Guestbook available at www.hardenpauli.com Arrangements by Harden/Pauli Funeral Home, Eustis.

The family of John "Chris" Lee created this Life Tributes page to make it easy to share your memories.

Send flowers to the Lee family.