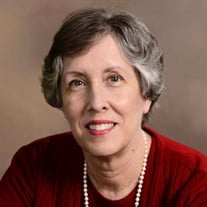 Janet M. Nelson 68, of Mount Dora Florida, after a 10-month battle with brain cancer, graduated to be with her Lord and Savior Jesus Christ on June 6, 2022. Janet was born in Jacksonville, Florida. She spent her early years in Satellite Beach before moving to Broward County in 1969. She graduated from MacArthur high school in 1971. Shortly after graduating high school, she began her career as secretary/administrative assistant a career that would span 26 years. She started her career working for a real estate agency, and after a few years took a position at Motorola where she would work for more than 20 years in several different departments including marketing, engineering, manufacturing, patent law, and the technical library. She found her work in the patent law department rewarding; however, her love of books led her to take advantage of an opportunity to work in the technical library. She took an early retirement package in 1997 and devoted herself to her hobbies, and homemaking. Janet met her husband, Leonard, at Motorola in 1977 and they would be married in March of 1979. They initially made their home in Plantation Florida. However, when Motorola opened a new facility in Boynton Beach Florida, they moved to Boynton and lived there for 30 years. In 2014, Janet and her husband moved to Mount Dora. Janet was a faithful servant of Jesus Christ all her life. She was a member of First Baptist Church of Boynton Beach while she resided there. She served on the Finance Committee for a time, and later she served on the Tithes and Offerings Counting Committee which she eventually chaired. Upon moving to Mount Dora, she and her husband joined the First United Methodist Church and she helped serve and prepare Wednesday night dinners. She enjoyed reading, sewing, traveling with her husband on cruises and tours. She did not have children of her own, but enjoyed watching her nieces and nephews grow, become adults, and start families of their own. She is survived by her husband, Leonard Nelson of Mount Dora, FL; Sister, Amy Markham of Debary, FL; Nieces and Nephews - Lauren, Brooke, and Joel. Step-Mother - Marilyn Marvin of Vero Beach, FL; and numerous extended family members and friends. A funeral service will be held at the First United Methodist Church, Mount Dora, FL, on June 17th at 11:00 AM. A luncheon will be served after the service, and interment will follow at Pine Forest Cemetery, Mount Dora. Donations in memory of Janet may be made to the American Cancer Society, Lake Cares 2001 West Old Highway 441, Suite 1, Mount Dora, FL 32757, or the Haven of Lake and Sumter Counties P.O Box 492335, Leesburg, FL 34749. An Online Guestbook is available at www.hardenpauli.com Arrangements by Harden/Pauli Funeral Home, Eustis, Florida.

Janet M. Nelson 68, of Mount Dora Florida, after a 10-month battle with brain cancer, graduated to be with her Lord and Savior Jesus Christ on June 6, 2022. Janet was born in Jacksonville, Florida. She spent her early years in Satellite Beach... View Obituary & Service Information

The family of Janet M. Nelson created this Life Tributes page to make it easy to share your memories.

Send flowers to the Nelson family.