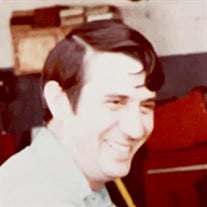 James “Jim” Mack Dural Wilkerson, 81, passed away Sunday, February 27, 2022 peacefully in his home. Jim was a strong and loving leader of his family, always giving great advice and direction, up until his last moments with us. He was born on September 5, 1940 in Clio, Alabama. Jim was a veteran in the US Army, and served during Vietnam and received numerous decorations. One of his most proud moments was his participation in a special Military Police Security Detachment formed for the express purpose of guarding President John F. Kennedy while he was in Germany giving a speech to allied and American troops in 1963. After his honorable discharge from the U.S. Army he lived and worked in Bad Kreuznach, Germany where he married his wife of 56 years. He then moved to his beloved city of Eustis, Florida in 1966. He was the owner of European Car Service from 1967-1993 along with several other commercial rental properties in Eustis. Jim loved the city of Eustis and he was part of many civic committees. Jim is predeceased by his parents Bennie and Minnie Wilkerson, and by his son Bernd “Ben” Wilkerson. He is survived by his wife Rosemarie Wilkerson of Eustis, FL; Daughter, Vera (Randy) Martin of Leesburg, FL; Sisters, Val Beggs of Leesburg, FL and Velma Wilson of Pocahontas, AR; Grandchildren Dalton Wilkerson, Mitchell (Ashley) Wilkerson, Erika (Michael) Cruciger, Austin (Haylee) Hibbard and Tanner Martin; Great-Grandchildren, Camden Wilkerson, Ryder Cruciger and Audrey Cruciger; and numerous extended family and friends. Services will be held at Harden/Pauli Funeral Home in Eustis on Friday, March 4, 2022 at 10:30 AM. The family will receive friends during the viewing at the funeral home from 9:30-10:30 AM prior to the service. Interment will follow at Florida National Cemetery in Bushnell at 2:00 PM. In lieu of flowers, memorial donations can be made to the Humane Society of Lake County. Online guestbook and pictures available at www.hardenpauli.com.

James &#8220;Jim&#8221; Mack Dural Wilkerson, 81, passed away Sunday, February 27, 2022 peacefully in his home. Jim was a strong and loving leader of his family, always giving great advice and direction, up until his last moments with us. He... View Obituary & Service Information

The family of James "Jim" Mack Dural Wilkerson created this Life Tributes page to make it easy to share your memories.

Send flowers to the Wilkerson family.