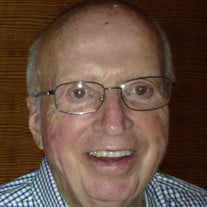 James Howard Braswell, known by all as Bubba, passed away peacefully on Thursday, September 16 2021 in Eustis, FL surrounded by his loving family. He was born in 1935 in Cairo, GA and grew up in Thomasville, GA, a town that would define him and the memories made in the years to come with his family. He was the son of the late Louise (Maxwell) and James “Sharkey” Braswell. He was preceded in death by his sisters Carolyn Brown and Harriet Roberts. Surviving are his wife, Augusta (Mitchell) Braswell; his children Lynn Sterling (Scott), of Thomasville, Dina Davidson (Jim, decd.), of Bristol, TN, Paul Braswell (Susan), of Lititz PA, Jody Mendez (Juan-Elvis), of Eustis, Greg Griffith of West Palm Beach, FL, Duke Davis, of Dothan, Alabama, Scott Davis, of Tampa, FL; and his sister Betty Lou (Braswell) Collier, of Ridgeland, MS; He is additionally survived by the mother of his children, Judith (Colvin) Hughes, also of Thomasville. His life was further blessed with many grandchildren and great-grandchildren. Bubba graduated from Thomasville High School, and shortly thereafter joined the U.S. Navy. One of the greatest joys of his life was speaking with others about his experience aboard the USS Nautilus, the world's first nuclear-powered submarine. Although his service was cut short, his Navy pride would remain with him his entire life – you could more times than not find him sporting his Nautilus hat. Upon the unexpected passing of his father, Sharkey, Bubba returned home to help support his mother and sisters by running the family service station, Standard Oil Gas Station. Bubba then went on to hold several roles in the food sales and distribution industry. For many years, he was with Sunnyland Foods, first as a truck driver, then as a sales representative in South Florida, and finally a plant manager in both Dothan and Thomasville. He then went on to work for Valleydale Meats in Bristol, VA as a plant manager. Bubba then finished his long, successful career in Goldsboro, NC with Butterball, Inc. in institutional sales. Bubba retired in March 2012 in order to spend his well-earned retirement years with his beloved wife, Gusta. In his final years, Bubba and his wife retired to Eustis, to be closer to and enjoy time with family. Bubba was known for loving the simple pleasures that life had to offer. He enjoyed grilling out a delicious meal, supervising his wife’s gardening and love of nature, maintaining his meticulous yard, and watching his beloved Auburn Tigers compete on any fall Saturday. He was also a life-long NY Yankees and Green Bay Packers fan, which is certainly something to be said for a man from Southern Georgia. Bubba also enjoyed watching his grandson’s lacrosse games, a sport he grew to love and learn more about later in his life. Graveside services for Bubba will be held at the Laurel Hill Cemetery in Thomasville, GA on Wednesday, September 22 at 2:00 PM. In lieu of flowers, please consider making a donation in Bubba’s memory to the United States Submarine Veterans Charitable Foundation, Inc. (www.ussvcf.org/donate). Arrangements made by Harden/Pauli Funeral Home, Eustis, FL (www.hardenpauli.com).

James Howard Braswell, known by all as Bubba, passed away peacefully on Thursday, September 16 2021 in Eustis, FL surrounded by his loving family. He was born in 1935 in Cairo, GA and grew up in Thomasville, GA, a town that would define him... View Obituary & Service Information

The family of James H. "Bubba" Braswell created this Life Tributes page to make it easy to share your memories.

James Howard Braswell, known by all as Bubba, passed away peacefully...

Send flowers to the Braswell family.