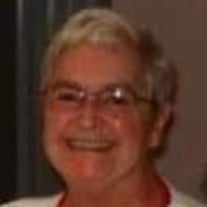 Dorothy T. Kozloski, 90, of Tavares, passed away Friday, July 16, 2021. Born in Cambridge, Massachusetts, she started the second grade when the family moved and her parents wanted the children to go to Catholic Parochial school, so she started second grade at St. Clements in Somerville, Massachusetts where she graduated in 1949. Dorothy attended Massachusetts General Hospital school of nursing “three years of hard labor“ and graduated in 1952, engaging friends for a lifetime. In June 1956, she married Bill. They had two sons, Stephen and Philip. She was a Registered Nurse specializing in intravenous therapy. While working they raised the boys, studied and received a Bachelor of Science and Health Arts in 1981 from the University of St. Francis of Joliet, Illinois. She retired after 40 years of nursing. Dorothy studied under Red Cross and succeeded in becoming certified as a water safety instructor and taught all levels of swimming for 35 years. She loved all music, and sang in choirs, corrals and even joined the women’s group in Barbershop “Sweet Adeline‘s “for four years and learned to play piano, guitar and organ. In 1968, she was accepted and certified as a member of the Third Order of Mary in Boston, Massachusetts and honored to say certain prayers each day. She moved to Leesburg in 1984 from Abington, Massachusetts and became a devoted member of St. Mary of the Lakes Catholic Church in Eustis, where she sang in the choir, was a member of the bereavement group, and joys came to her as a Eucharistic minister for 16 years. Dot was preceded in death by her husband, William Kozloski; brother, Richard Lucius; sister, Connie Bottari; twin-brother, Paul Lucius; nephew, Paul Bottari; niece, Susan Bottari and nephew, Robert Bottari. Dorothy is survived by her 2 sons, CDR Stephen J. Kozloski, US Navy (Ret), Fort Worth, TX, Philip M. Kozloski, Phoenix, AZ; niece, Carol Lucius, nephew Richard Lucius, grand-niece, Rachael (Bottari) Chan, grand-nephew, Martin Bottari, grand-niece, Ava Lucius. A funeral mass will be held celebrated at St. Mary of the Lakes Catholic Church, Eustis on Wednesday, July 28, 2021 at 10:00 AM. Interment will follow at Florida National Cemetery, Bushnell. In lieu of flowers, memorial donations may be made to Compassionate Care Hospice, 1645 East Highway 50, Suite #302, Clermont, FL 34711. Online Guestbook available at www.hardenpauli.com Arrangements by Harden/Pauli Funeral Home, Eustis.

Dorothy T. Kozloski, 90, of Tavares, passed away Friday, July 16, 2021. Born in Cambridge, Massachusetts, she started the second grade when the family moved and her parents wanted the children to go to Catholic Parochial school, so she started... View Obituary & Service Information

The family of Dorothy T. Kozloski created this Life Tributes page to make it easy to share your memories.

Send flowers to the Kozloski family.