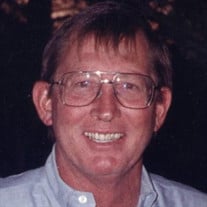 Christopher Paul Cox of Eustis, Florida passed away on December 22, 2021 in the comfort of his home with his beloved wife, Marilynette Cox, and his final Labrador Retriever, Bacho. Chris was born April 29, 1943 in Jacksonville, Florida to Ruth Johnson Cox and Paul Herbert Cox of Daytona Beach, Florida. Chris is preceded in death by his parents and his sister, Mardi Sigmund. He is survived by his wife, Marilynette Cox, his nephew and niece, Chris Crump and Laurie Sigmund of Sarasota, Florida, and the Roberson|Willis family of Charlotte, North Carolina. After attending elementary schools in Daytona Beach – and repeating 5th grade because since Bert didn’t pass, he didn’t want to move on to 6th grade either, he attended Fork Union Military School for his high school years, and then on to Florida State where he often jokingly said that it only took him seven years to graduate (often because there were too many hunting trips to go on). Chris started working early in life beginning with helping his father at Cox Motors at the age of 14, and part time at Jackson Gun Shop in Tallahassee during college. After graduation he worked for Owens-Corning Fiberglass until he decided he wanted to buy a boat in British Columbia and start a salmon fishing charter company, despite the fact as he once said, “I didn’t know a salmon from a flounder when I started.” It was an experience of a lifetime for him. He later returned to Owens Corning for a couple of years and then moved to Florida in order to take over running Cox Oil & Sales after the death of his father. He retired in 2002 to devote himself fully to hunting, fishing, and traveling, sometimes even with his wife and beloved dogs. What made life meaningful for Chris was his love and devotion to his wife and his dogs, and his legion of friends, neither of which he took lightly. While he had no biological brothers, he always said he had two brothers, David Baird and Manuel Harris. Chris was fiercely devoted to his friends and they all knew it. When the hospice official came for his enrollment, he told her he had absolutely no regrets about his life, that he had no fear of passing, and that he had been fortunate to have traveled all over this world, doing the things he loved best – hunting, fishing, and snow skiing. So he leaves us having had a life well lived. When asked about his wishes for a funeral or memorial service, he said he would leave it to his wife because, after all “I won’t be here.” Thus, service information is to be determined when she gathers her wits. Arrangements are entrusted to Harden-Pauli Funeral Home of Eustis. Should you wish to leave a condolence or share a memory of Chris, please visit www.hardenpauli.com.

Christopher Paul Cox of Eustis, Florida passed away on December 22, 2021 in the comfort of his home with his beloved wife, Marilynette Cox, and his final Labrador Retriever, Bacho. Chris was born April 29, 1943 in Jacksonville, Florida to Ruth... View Obituary & Service Information

The family of Christopher Paul Cox created this Life Tributes page to make it easy to share your memories.

Christopher Paul Cox of Eustis, Florida passed away on December...

Send flowers to the Cox family.