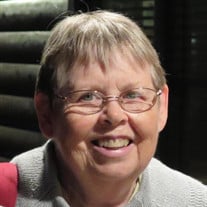 Carol B. Kelley, most recently a resident of The Cove in Tavares, Florida, passed away on September 16, 2020, following a lengthy battle with dementia. She was born on November 4, 1939, in Akron, Ohio, the daughter of Albert Lee Kelley, Sr., and Gladys Kelley, as well as younger sister of Al Kelley, Jr., all of whom predeceased her. When she was 12 years old, her parents moved the family from Akron to Orlando. Carol graduated from Winter Park High School and subsequently earned a B.A. in religion and social sciences, followed by a master’s degree in Christian education from Scarritt College in Nashville, Tennessee. Never a fan of hot weather, Carol happily returned to Ohio after she completed her education. She held several jobs in Christian education at Methodist churches before beginning her life’s work teaching teens with mental disabilities through the Montgomery County School system in Dayton, Ohio. She worked for Montgomery County for 30 years, retiring in the late 1990s. Carol’s faith was very important to her, and she was active in the Methodist Church throughout her life, including serving as an elected member of the National and Conference Board of Discipleship of the United Methodist Church. She was devoted to College Park United Methodist Church in Florida and First United Methodist Church in Franklin, North Carolina. Carol is survived by her dear friends Suzanne Fosselman and Rita St. Clair of Franklin, North Carolina, who contributed this lovely tribute: “Carol spent most of her life giving to others - her students, colleagues, friends and her church. She was kind and caring and seldom said anything negative about anyone. She loved her family and cared about the people in her world and did what she could to make their lives better. She loved her God, and we are certain that He loves her.” She is also survived by her loving cousin, Dorothy Ward, of Orlando; her sister-in-law Norma Kelley of Santa Rosa, California; her nephew David Kelley of Apopka; her niece Melissa Kelley of Santa Rosa, and Melissa’s husband and two daughters. Donations in honor of Carol may be directed to Friends of the Greenway (Franklin, North Carolina), College Park United Methodist Church, First United Methodist Church of Franklin or the arts organization of your choice. Online Guestbook available at www.hardenpauli.com Arrangements by Harden/Pauli Funeral Home, Eustis.

Carol B. Kelley, most recently a resident of The Cove in Tavares, Florida, passed away on September 16, 2020, following a lengthy battle with dementia. She was born on November 4, 1939, in Akron, Ohio, the daughter of Albert Lee Kelley, Sr.,... View Obituary & Service Information

The family of Carol B. Kelley created this Life Tributes page to make it easy to share your memories.

Carol B. Kelley, most recently a resident of The Cove in Tavares,...

Send flowers to the Kelley family.