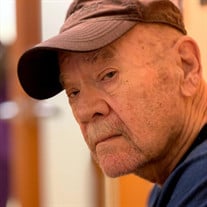 Carl Clifton Jones was born on August 27, 1947 in Munich, Germany; he died September 27, 2020 in Apopka, Florida. His father, Richard C Jones was a Staff Sargent in the US Army stationed in Germany. His mother, Erna M Krzywinski, was a Corporal in the Luftwaffe stationed in Denmark until the war ended. His parents married on August 20, 1946 in Munich. Carl came to the United States as a toddler with his parents to live near his paternal relatives in Sissonville, West Virginia. Carl began school in Charleston, West Virginia. The family which now included his brother, Rick, moved to St. Petersburg, Florida in 1960 where the two boys grew up. Carl graduated from Seminole High School in 1965 and then joined the Air Force. On January 20, 1969, Carl married Mabel McKnight. Carl’s Air Force service included being a Training Instructor for new recruits, being a Special Ops stationed in West Pakistan and being a mechanic stationed at the Air Force Academy in Colorado Springs, Colorado. Carl left the Air Force as a Staff Sergeant after eight years. As a civilian, Carl worked in the St Petersburg area as a mechanic for several years. He was hired by the City of Pinellas Park as a mechanic and left the city as a computer programmer after graduating from Tampa College, attending evening classes. After Carl’s marriage ended, he moved to the Orlando area to work for Southeastern Academy as a computer programmer. Later during his IT career, he would be a software conversion manager for three different corporations in Orlando: HTE Corporation, Horizon Software, and Systematics. Carl’s working career ended in 2011 when his kidneys failed because of his Air Force service; he was classified as a 100% service-disabled veteran. He received the gift of life when he got a new kidney on June 12, 2008! Carl spent his remaining years living in Umatilla, Florida with his wife, Suzanne Reinhardt. Carl was enormously proud to be a veteran and assisted other veterans with getting eligible benefits and encouraging young people to serve their country. Carl mentored others regarding kidney transplantation. Carl also mentored physically challenged adults learning computer programming as their new career. Carl was predeceased by his parents and grandson, Scott and brothers-in-law, Owen, Edward, Reagan, and Rocky. Carl is survived by his wife, Suzanne; daughter, Jamie (Randy); three grandchildren - Crystal, John and Brett; two great grandchildren - Tyler and Brynlee, and Carl’s brother - Rick (Aloha) and brothers-in-law Randy (Mary), Richard (Melody), Daniel, and Bruce; many nieces and nephews; his best friend - Ed Rueve and his nephrologist and longtime mentor, Dr. Uday Ranjit. In lieu of flowers, please send donations to Pets for Patriots (who sponsored Carl’s therapy dog, Belle) at www.petsforpatriots.com Carl would like you to be happy for him and celebrate his going home! His journey is done. A private graveside service will be held at Florida National Cemetery, Bushnell. A public celebration of Carl's life will be held at a later date.

Carl Clifton Jones was born on August 27, 1947 in Munich, Germany; he died September 27, 2020 in Apopka, Florida. His father, Richard C Jones was a Staff Sargent in the US Army stationed in Germany. His mother, Erna M Krzywinski, was a Corporal... View Obituary & Service Information

The family of Carl Clifton Jones created this Life Tributes page to make it easy to share your memories.

Send flowers to the Jones family.