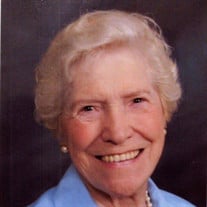 Barbara Ruth Roberts, 90, of Mount Dora, Florida, passed away on Thursday, August 19, 2021, at the Edgewater nursing facility in the Waterman Village retirement community of Mount Dora, FL. Born in East Burke, Vermont, she spent about the last 35 years or so living in the Orlando area after moving there from Tennessee in 1987. Barbara became a Christian early in life and attended First Baptist Church of Eustis (now LifePointe Church) until it was no longer possible on account of failing health. In recent years, she attended the Waterman Village chapel after it became necessary for her to live in the Waterman Assisted Living Facility. She came to a clear understanding of what it means to be justified by faith in the Lord Jesus Christ in 1978 and claimed Romans 5:1 as her life’s verse from then on. After trusting Christ as Savior, she served Him faithfully in the churches she was involved in over the years. Barbara spent a significant part of her childhood in Northern Vermont until her family moved to the Boston area in 1944, around the age of thirteen. She graduated from Watertown High School in 1949. After marrying her husband Roger in 1969, they moved to Upstate New York that same year. She took a job as a secretary for the Colonie Country Club of Voorheesville (just outside Albany) from 1969 to 1977. Barbara and Robby moved to Nashville, TN, in June of that year, and she became a manager at the Registrar's Office at Vanderbilt University from 1977 until her retirement. After moving to Florida, they lived in Clermont for a few years before moving to the Planation community of Leesburg, FL. At the plantation, Barbara was known as a socialite and was involved in a bowling league, tap dancing at community functions, and various card and bingo clubs. She was also involved in the First Baptist Church of Leesburg, attending services, and becoming involved in weekly Bible Studies. She did volunteer work for various benevolence ministries of the church, to include a mission trip to Mexico City, and her family was inspired by her faith in action. Before her eyesight failed significantly, she used to knit Afghan blankets and sweaters as a hobby. Barbara is predeceased by her Parents, Bion and Kathleen Humphrey; Brother, Bion Jack Humphrey; and Sisters, Kay Marrizio and Betty Joanides. Barbara is survived by her Husband, Roger E. Roberts of Mount Dora, FL; Sons, Scott Thompson of Lookout Mountain, GA, John Thompson of Ft. Plain, NY, Scott Roberts of Norwich, CT, and Robin Roberts of Kansas City, MO; Granddaughter, Hannah Thompson of Lookout Mountain, GA, and numerous extended family and friends. Services will be held at Harden-Pauli Funeral Home Chapel, Eustis on Saturday, September 11, 2021, at 10:00 AM. Interment will follow at Florida National Cemetery, Bushnell, on a later date. Online Guestbook available at www.hardenpauli.com Arrangements by Harden/Pauli Funeral Home, Eustis.

The family of Barbara Ruth Roberts created this Life Tributes page to make it easy to share your memories.

Send flowers to the Roberts family.